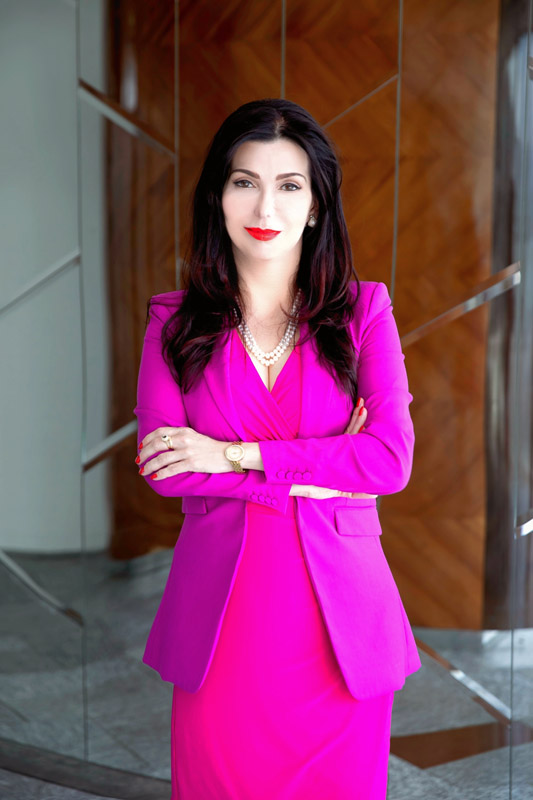 The founder of the law firm, attorney at law Vesna Cukrov has vast professional and management experience in different areas, which enable her to identify possible solutions faster and to reach goals pursued by our clients.

She is also a court expert for the area of law and public tenders, registered in the court experts’ registry with the Ministry of Justice. Mrs. Cukrov also holds a certificate of qualification to act as a member of management board or supervisory board of commercial companies. At the same time she is also a supervisory board member of Holding Slovenske Elektrarne d.o.o. and a member of the Holding Slovenske Elektrarne d.o.o.’s supervisory board commission for restructuring. She is also member of the Slovenian Directors’ Association. Prior to founding her own law firm she held the function of a president of the Slovene National Review Commission for Reviewing Public Procurement Award Procedures since her nomination to this function by the National Assembly in 2008. In the year 2016 she co-authored the commentary of the last Public Procurement Act (Zakon o javnem naročanju ZJN-3), which was published by the Tax Fin Lex company.

She was performing this function up to the expiry of the mandate term.

Previously she was employed at the Faculty of Economics, University of Ljubljana. In the year 2004 the National Assembly nominated her to act as a member of the National Review Commission for Reviewing Public Procurement Award Procedures  which she exercised between the years 2004 – 2006. During the years from 1998 up to 2004 she was the state undersecretary and later the state secretary at the Ministry of Justice. Throughout the period of her employment at the Ministry of Justice she also acted as Head of Section for Logistics of Justice Bodies. Prior to that she was employed at management positions in private sector as well as at High Court in Ljubljana and Higher Public Prosecutor’s Office in Ljubljana.

She cooperated in preparation of several regulations; she also has excellent skills with respect to legislative procedures. She lectures occasionally (also at the Faculty of Law and the Faculty of Economics of the University in Ljubljana) and cooperates in colloquia dealing with areas of speciality of her law firm.

She graduated from the Faculty of Law, University of Ljubljana, international law section, as well as completed her Bar exam after her completion of the studies. Whilst studying at the Law Faculty she also worked at the Informative Programme of the RTV Slovenija.

During her spare time she devotes her time to charity work, also as a member of Lions Club Iliria Ljubljana.